Dark Before The Dawn

Few will look back wistfully on 2020. COVD-19 did tremendous damage to public and economic health around the world. Unprecedented medical and fiscal responses established a recovery, but progress has been uneven within and across populations.

The conventional wisdom is that the new year can’t help but be better. Vaccination is now underway in many countries, and asset prices are certainly reflecting optimism about the post-pandemic future. But new lockdowns will constrain commerce during the initial months of 2021, and logistical challenges will limit the progress of inoculation programs.

The performance of the world economy in the months ahead will hinge on several factors:

Our expectation is that the global recovery will gain strength as this year progresses, and become more widespread. The long-term economic consequences of what we have been through are still not fully apparent, but not all of them will be unpleasant.

Following are our views on how these circumstances will affect major world markets. 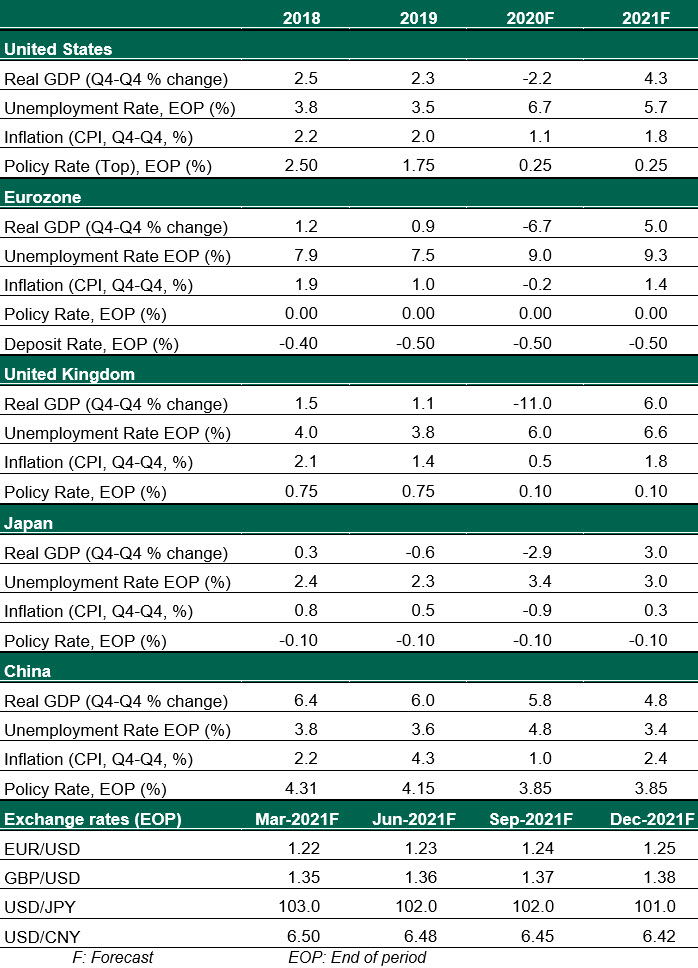