Post‑COVID Economy: Not the Way We Were

The COVID-19 crisis is likely to accelerate many underlying, secular disruptive forces already affecting economies and financial markets. This may only increase the difference between those companies, sectors, and countries that are being disrupted, and those that are acting more like disruptors. Distinguishing between the two is becoming crucial.

In our Secular Forum last year, we identified six main secular disruptors that would challenge economies and global markets over the next three to five years: the rise of China, populism, aging populations, technology, financial market vulnerability, and climate change. Twelve months later, the tragic path of COVID-19 may amplify and accelerate some of these dynamics, despite the sheer size of the policy response.

Central banks and financial authorities have reacted with extraordinary measures, both in terms of magnitude and speed. These actions have lifted markets. Yet, the global number of COVID-19 casualties continues to rise and gross domestic product (GDP) numbers are experiencing record declines. The ramifications of this pandemic may be felt for quite some time, reflecting the broad weakening in fundamentals and because the secular disruptive forces that were already in place have been invigorated. 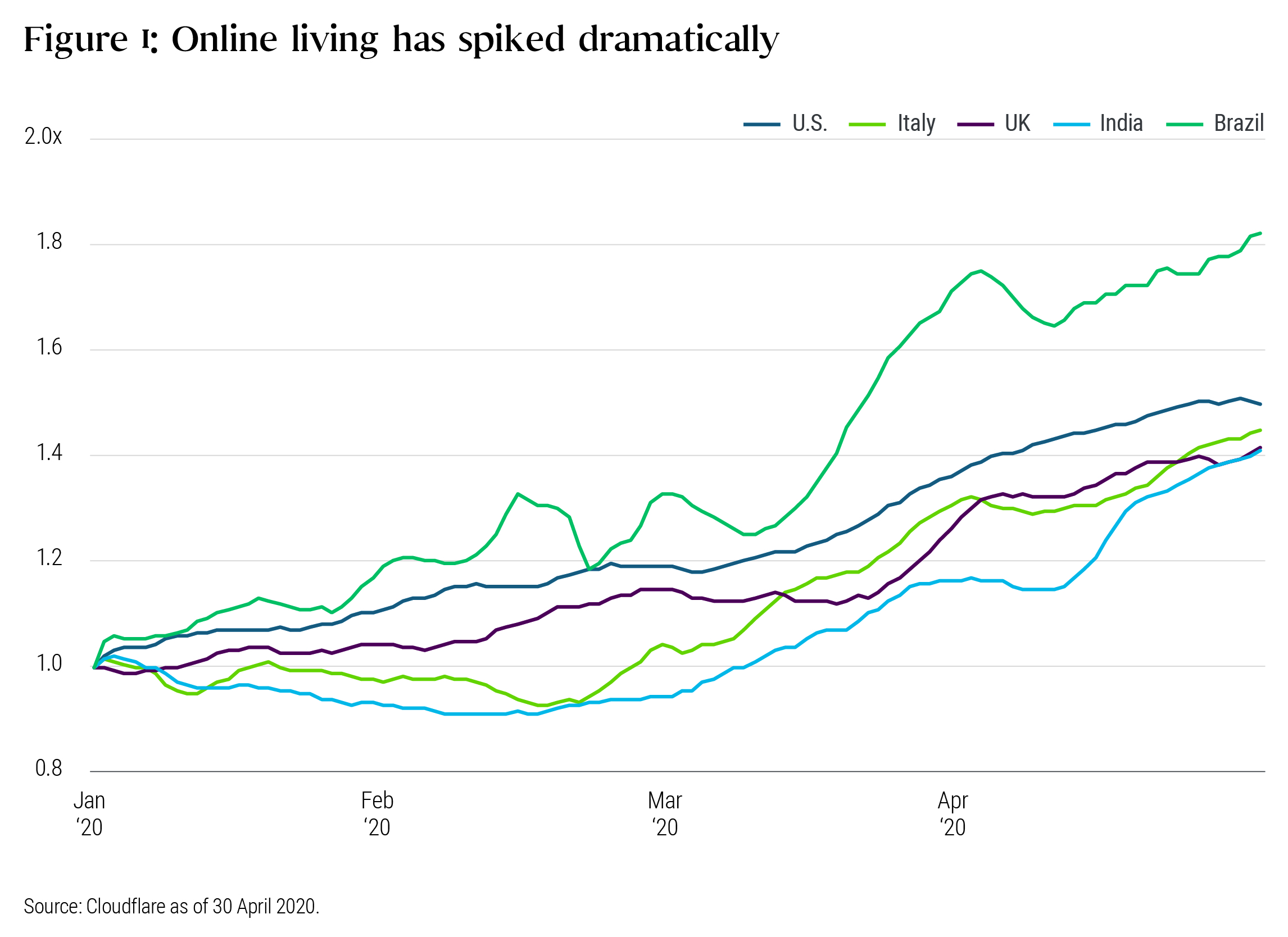 As restrictions are lifted, economies will ultimately recover from the pandemic-induced recession, but it is questionable to assume that everything will go back to the way it was. As old inefficiencies are identified and new preferences developed, the changes that the COVID crisis has led to might be more permanent than we think and have more consequential implications.

On one hand, some economic sectors are likely to benefit more than others from changing consumer behavior and shifting preferences – let’s call them “disruptors.” On the other hand, certain areas may face greater challenges as a result of the changes, making them more “disrupted.” At the crux, the swing factor between the two sides may well be each company, sector, or region’s capacity and flexibility to adapt and evolve to changing behaviors and requirements. Importantly, the distinction between the two groups will become an increasingly relevant concept for investors.

While both “disruptors” and “disrupted” are likely to be found across geographies and industries, recent market dynamics might provide an indication of where the disruption is found, as seen in Figure 2.

The signs could not be clearer: Demand for healthcare and technology seems not only immune to the crisis, but also to be benefiting from it, while traditional manufacturers, financial institutions, and energy have suffered the most. A technology-led world, combined with reduced global trade, may need less oil and more automation, while banks’ business models may be challenged with the protracted level of low interest rates.

While governments have started to take steps toward loosening the lockdown, the financial, economic, and health recovery from the pandemic is, unfortunately, unlikely to be smooth or easy. As such, investors should not underestimate that the way to achieve their financial goals might be markedly different now, as the “disruptors” take an ever-larger share of the pie from those “disrupted.” The ability to distinguish between both is becoming crucial.

Geraldine Sundstrom is a managing director and portfolio manager focusing on asset allocation strategies and is a regular contributor to the PIMCO Blog.

How to Name Your Firm (Without Using Cliches)